The Wall of Hope

In 1985, during a project with Seita Onishi, a Japanese business man, and philanthropist, Mizui was keen on the actor James Dean. Together, they had a goal, to create a James Dean Center, which would be located in Cholame, in California in the United States, near the place of the fatal car accident of James Dean.Earlier year in 1981, Mizui had been created and placed chromium cenotaph for James Dean, commissioned by Onishi, near to the place his accident.

Mizui worked on James Dean Center project for three years, creating sketches and sculptures, as well as visiting the United States. Following a conflict of opinion with the owner of the proposed Center site, the project could not be fulfilled. Yet the “Wall of Hope” remains, a monumental sculpture (Limestone/13 x 4,50 x 1,20 m) dedicated to the memory of James Dean; this sculpture took three years for him to complete; it consists of 150 tons of stone extracted from the quarry of Lacoste, in the village where he lived. On one of the sides of the “Wall of Hope”, he sculpted in stone the face of the film icon. “I said to myself, the three masterpieces of James Dean saved his fans from despair, the desperate walls open and give us the light of hope”, the artist explains. The “Wall of Hope” was inaugurated in 2006, 51 years after the death of the actor, and, though not in California, it welcomes visitors to the garden, like an open-air museum, of Mizui, in Lacoste. 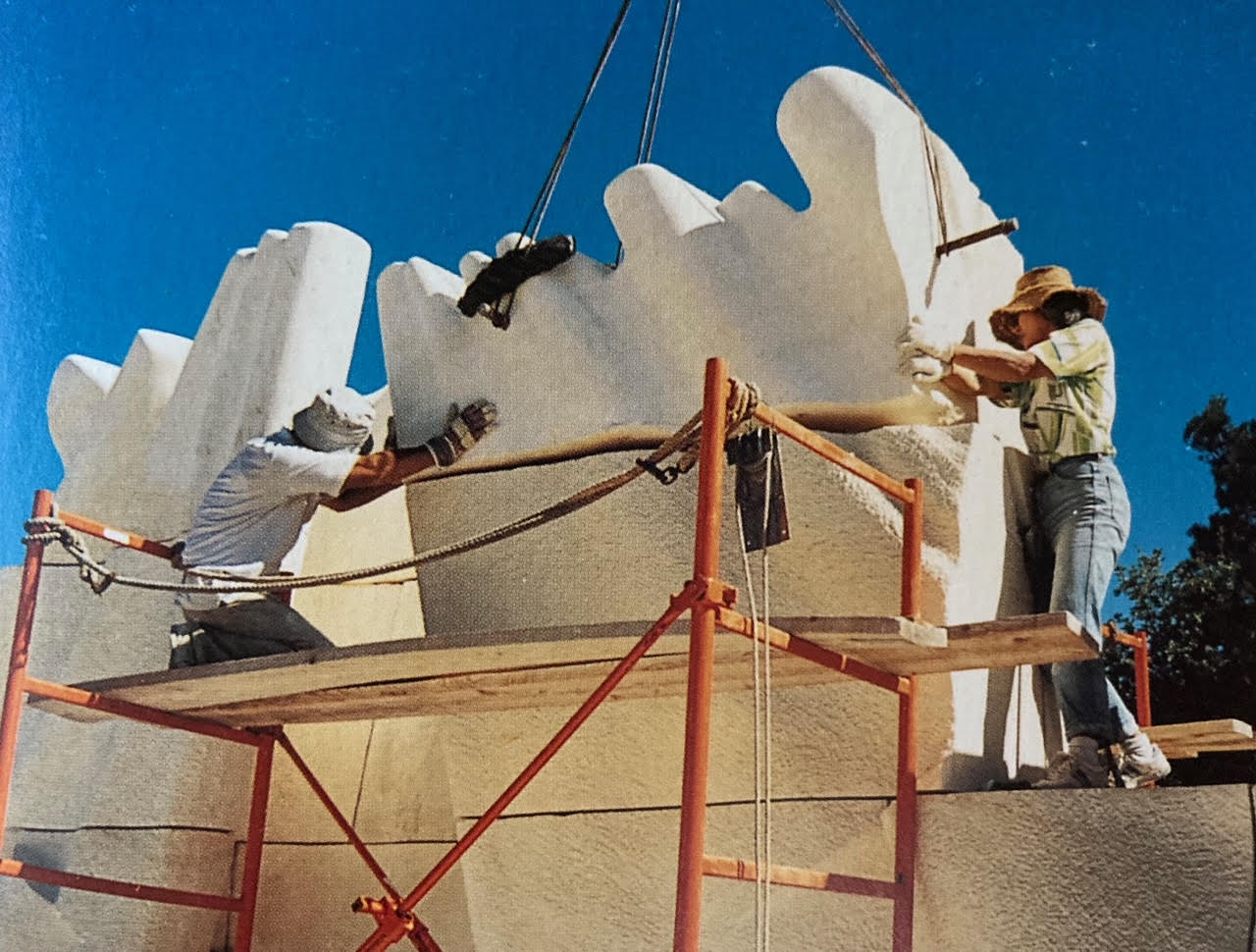 Yasuo Mizui and Keiko (his assistant)

THE WALL OF HOPE 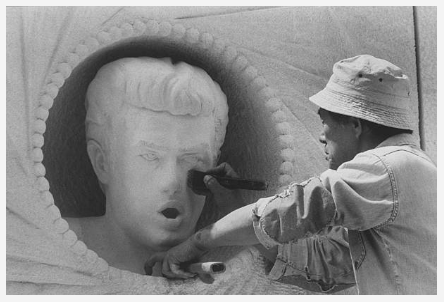 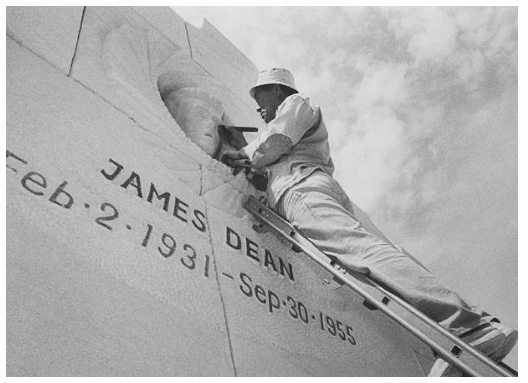 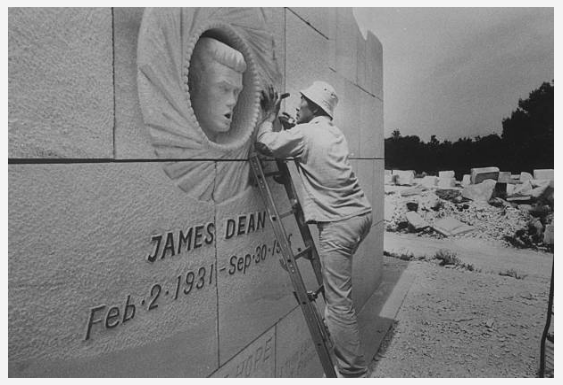 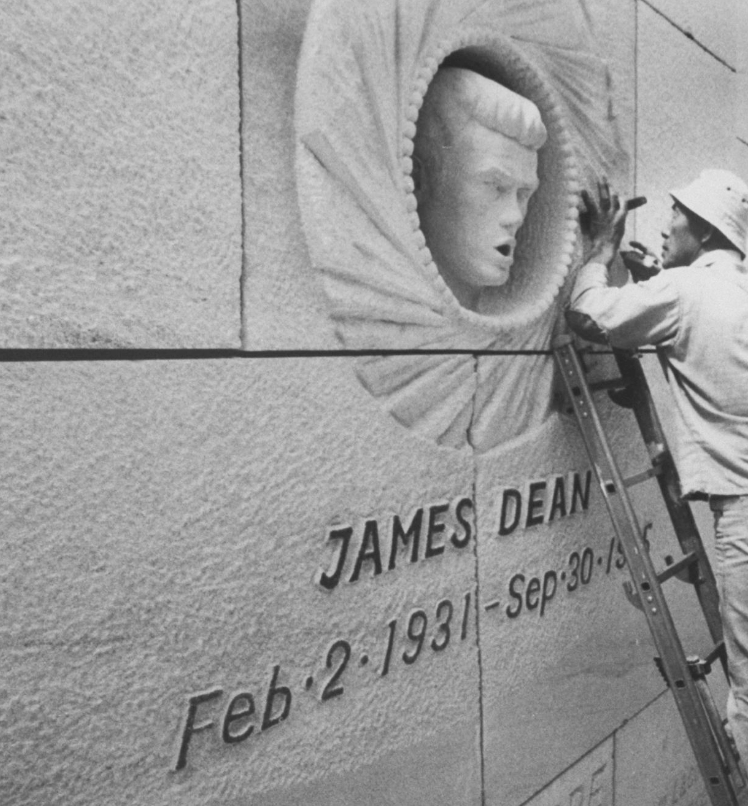 Meeting with the journalist

Jean-Noël Coghe is a journalist and publishes books on James Dean.
The “Wall of Hope”, created as a tribute to James Dean, brought the two together.
He became a good friend of Mizui, and even after Mizui’s death,
he has organized several retrospective exhibitions. 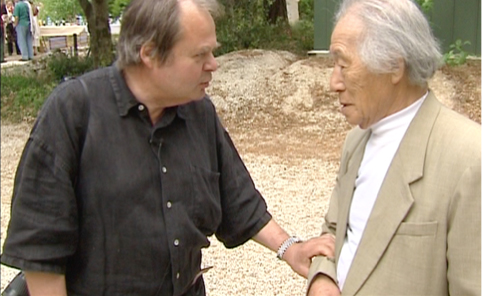 Ms. Miyoko passed away in 2005, Mizui invited the villagers of Lacoste to express his gratitude. Mizui was Interviewed by Jean-Noël Coghe. 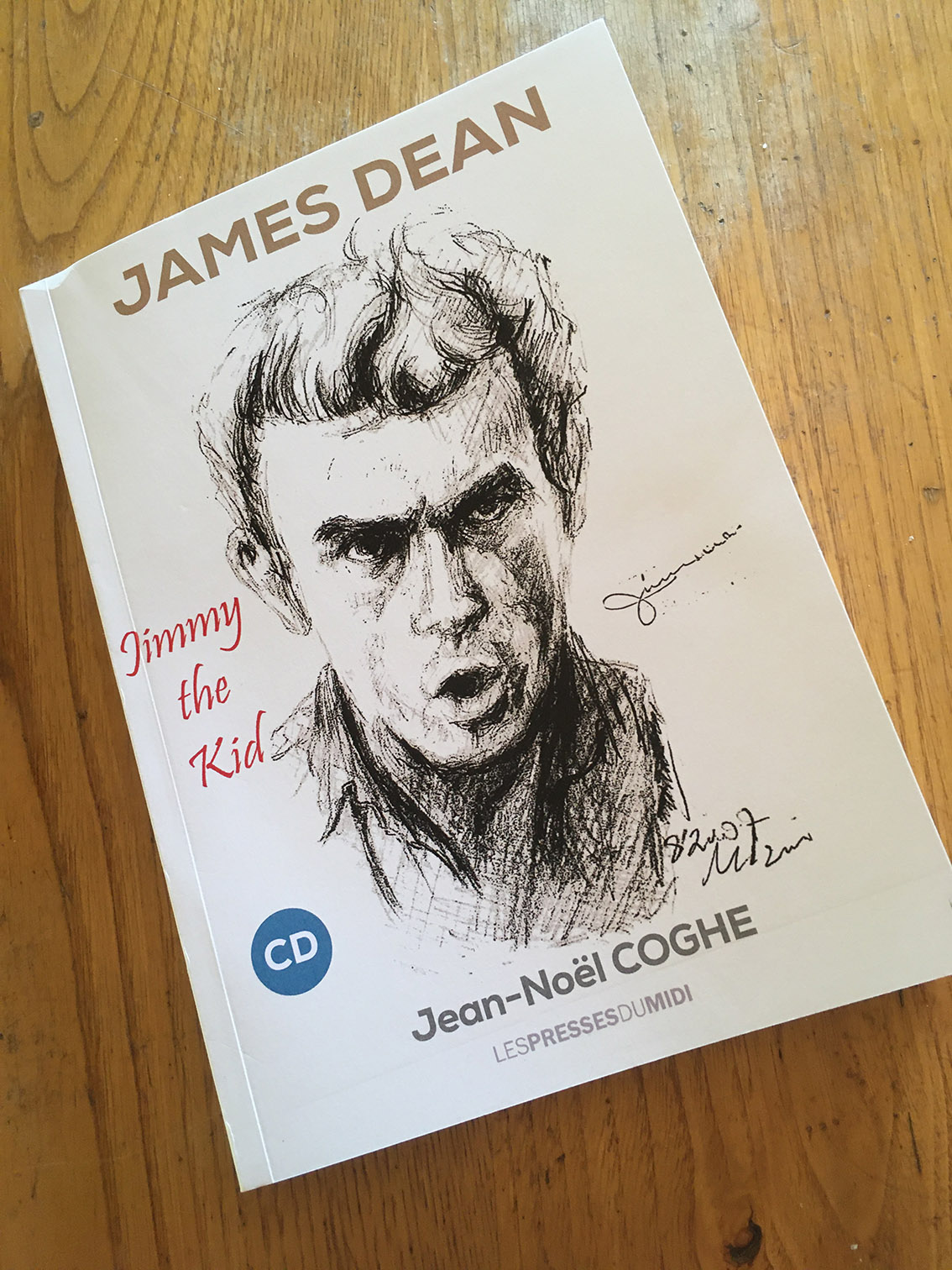