There is a Fontaine-de-Vaucluse near to Lacoste where Mizui lived. This is a mysterious fountain, which has a love story, dated back to the 14th century. He stated: “Why not, Nachi Falls gush somewhere in France as the rain hollows constantly rocks the fountain.” When he visited Nachi Falls in Japan later on, his heart and body trembled in front of the cascade and he was convinced: “Waterfall Nachi had really pierced the earth and it rebounds into Fontaine-de-Valucluse.”

He, at the age of 70 years old, realized “Diagonal Yin Yang” was divided between Japan and France; Two paths, two unfinished cultures. He often questions the place of the two extremes in his sculptural work where he felt caught between the Hammer (tool) and Anvil. Along with these two realizations that coexist in his work, one under the influence of another, the Yin and Yang characters are also identified by Mizui, Japan as ( Yin ), and France as ( Yang ).
This assimilation takes more consistency with the movement that brings these two countries. It is in the conversation and the confrontation between the aspects Yin and Yang, which constantly oppose each other, are answered, push, and embraces he discovers, though this sculpture as a new form. River, a house, or a woman’s appearance, are as Yin elements. While a flower, a tree, an animal, and a patron will generally have the character of Yang. He constantly questions the expression of his sculpture in terms of strengths Yin or Yang. He himself says “The response looks like a mask play between truth and falsehood.”

Mizui heard by his friend, Tadao Takemoto, who is the writer of Andre Malraux and Nachi Waterfall; André Malraux said “Nachi Waterfall is the backbone of the Shintoism.”
Diagonal Yin Yang is a series of 40 stone sculptures, made in Japan for the exhibition at Gallery Tatuno Hiranomachi, Osaka, Japan, in 1965. After this exhibition, all his works were transferred to France, in the garden of his residence in Lacoste. Two statues were offered on the occasion of the exhibition at Luxeuil-les-Bains in 2013. 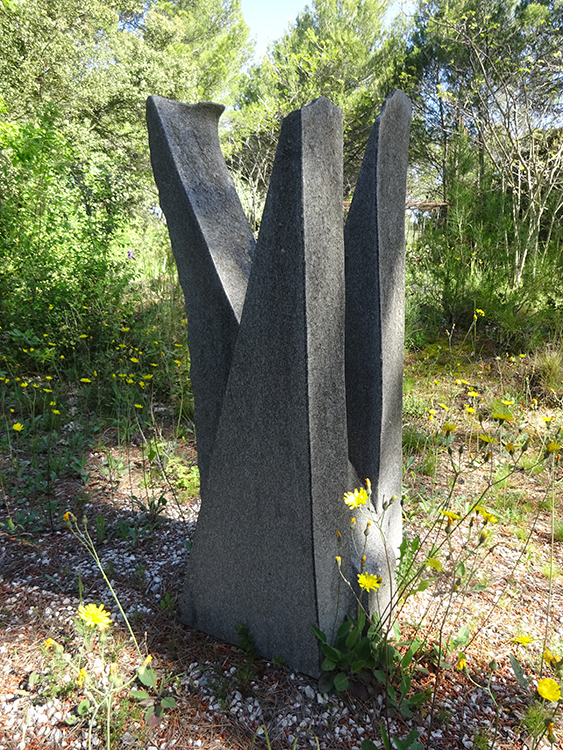 He himself says “The answer is like a game of masks between truth and lie.” Mizui learned from his friend Tadao Takémoto, writer of André Malraux and the Nachi waterfall, that André Malraux said: “The Nachi waterfall is the backbone of Shintoism”. Diagonal Yin Yang is a series of 40 stone sculptures, made in Japan for the 1995 exhibition at the Tatuno Hiranomachi Gallery in Osaka. After this exhibition, all his works were transferred to France, in his garden of his residence in Lacoste. Two statues were offered on the occasion of the Luxeuil-les-Bains exhibition (2013). 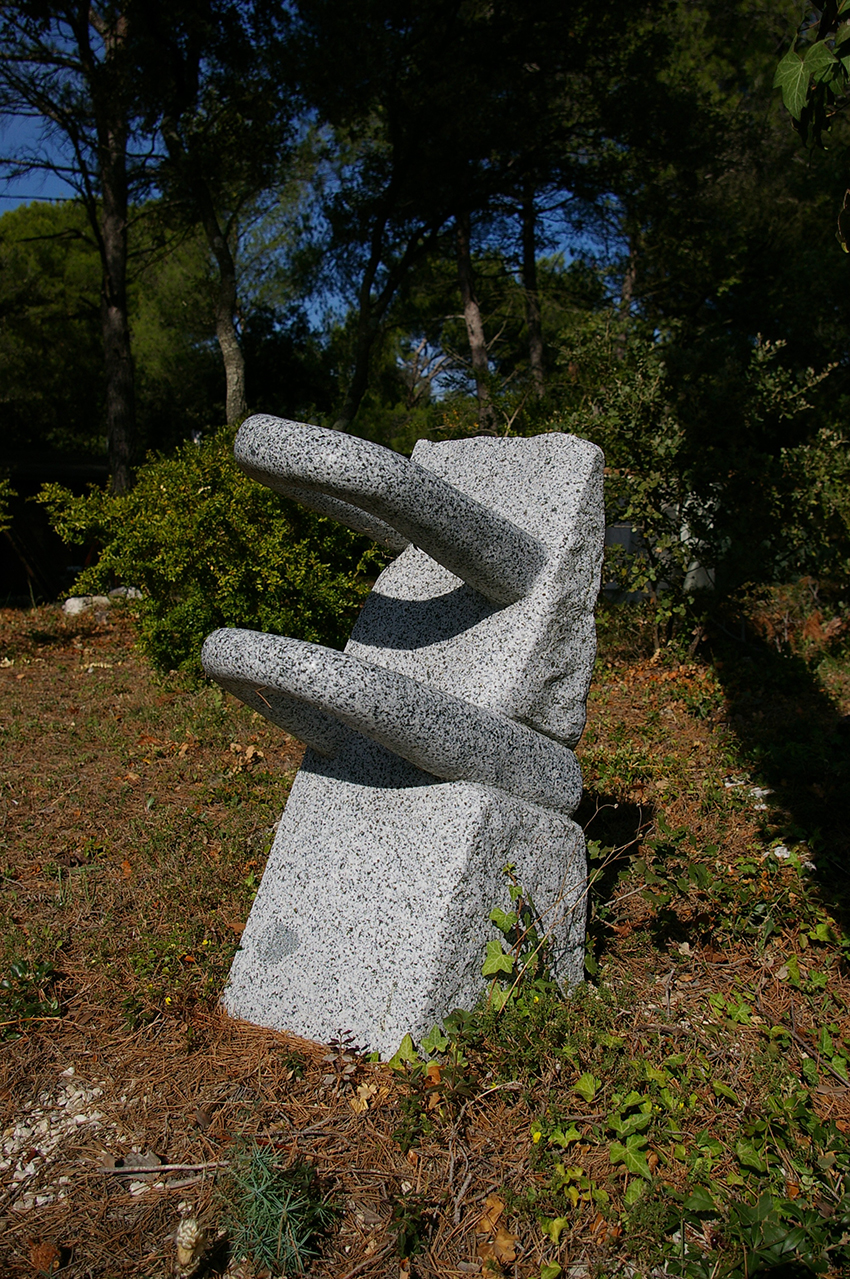 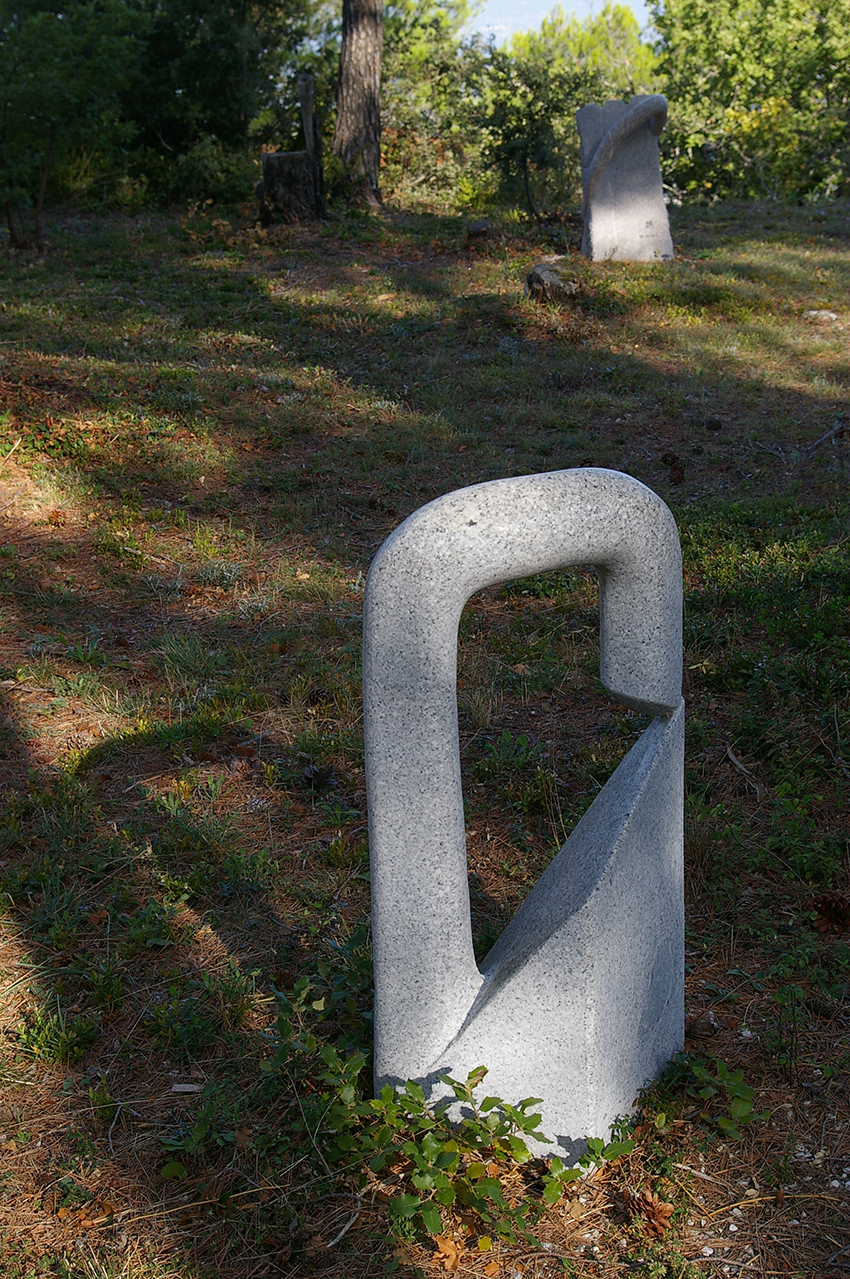 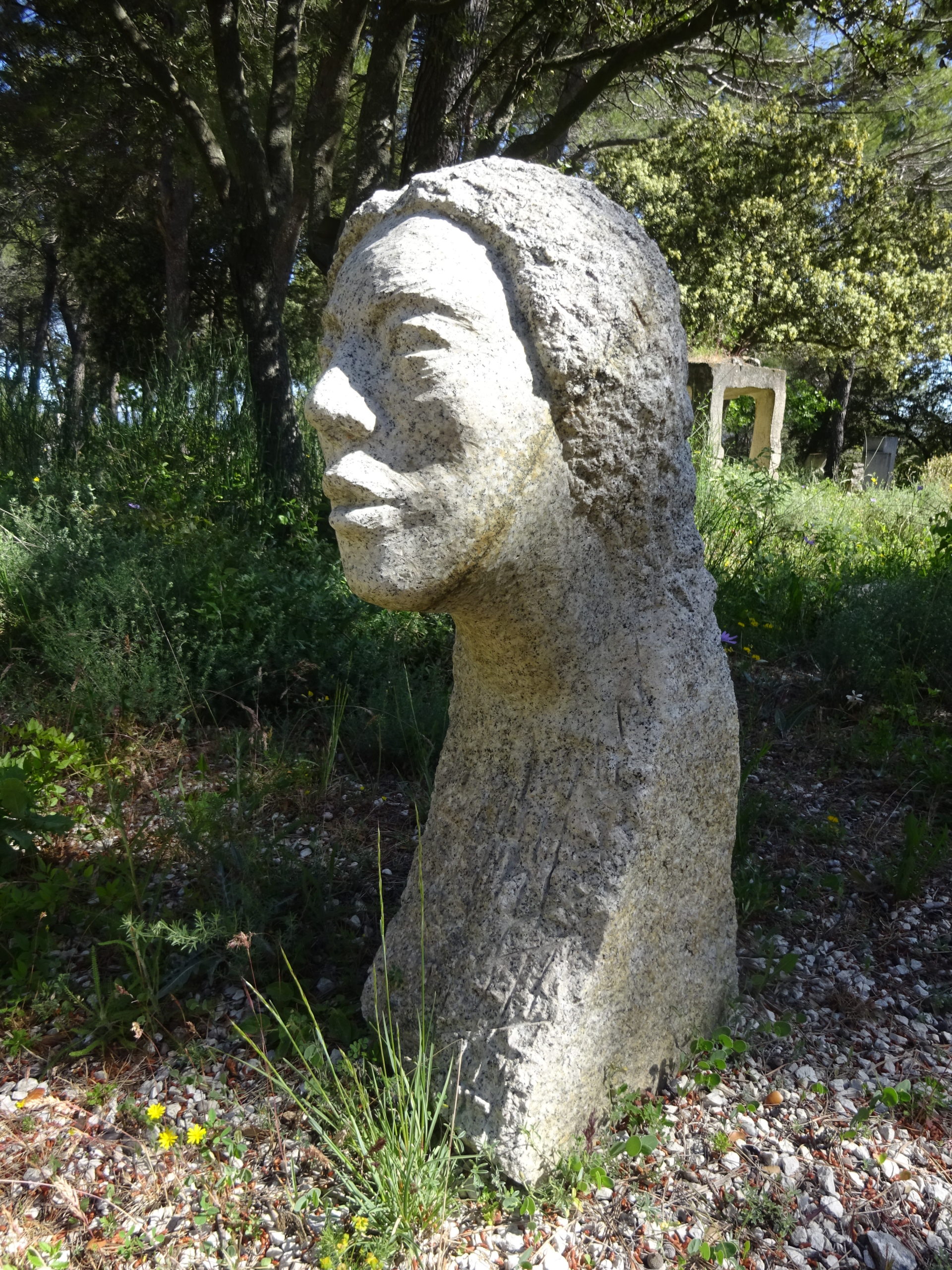 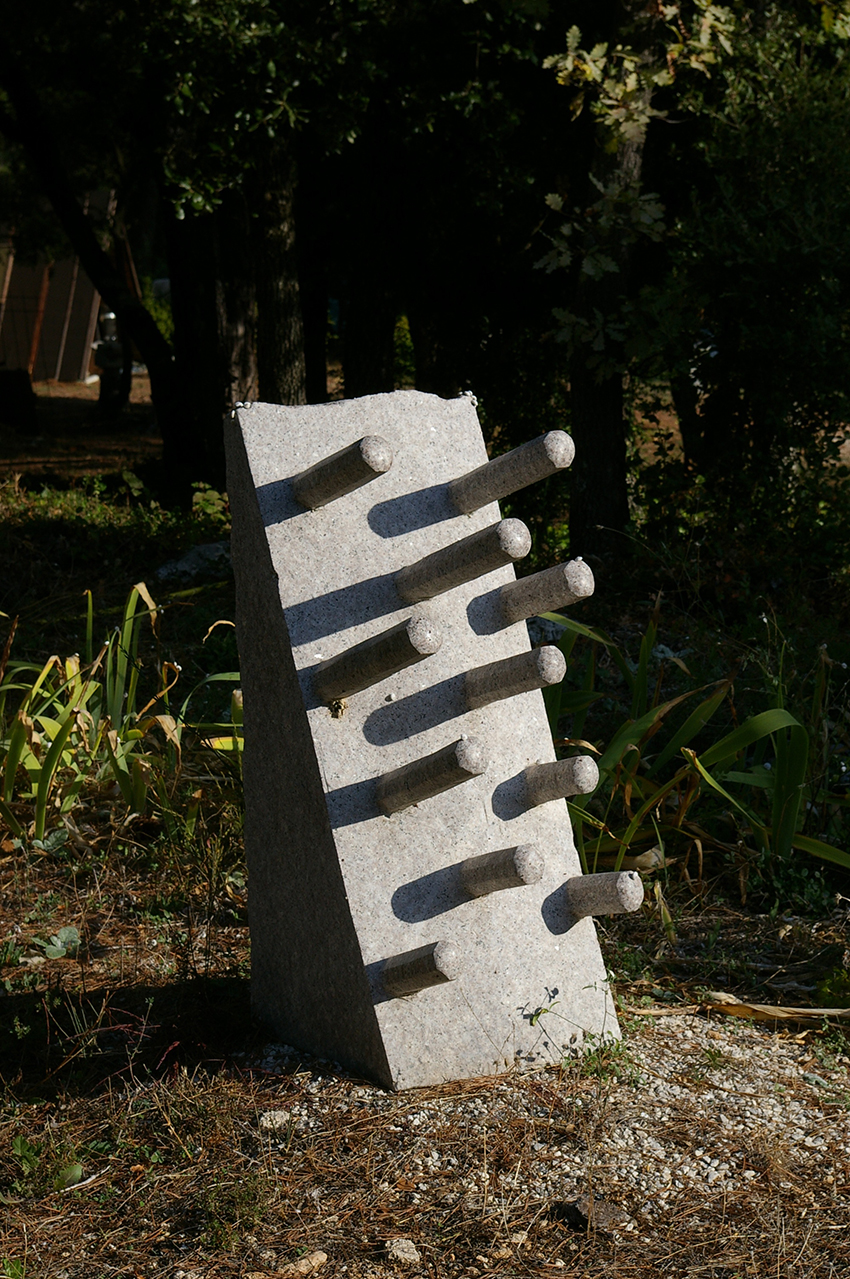 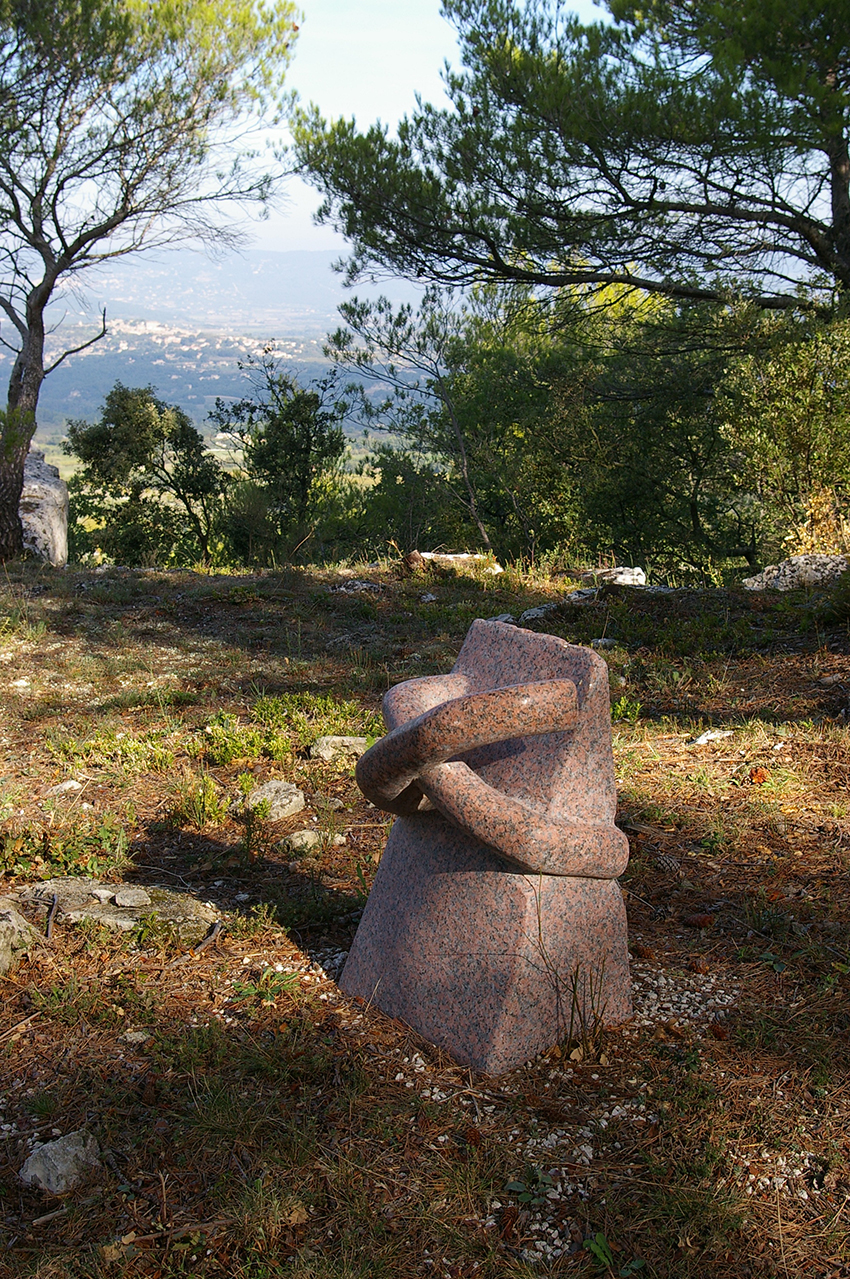